Is anxiety or worry normal?

Psychologists differentiate between the normal fears and worries that all children experience as they grow up and more serious fears and anxieties. These normal fears in young children often revolve around separation from parents, fear of the unknown, fear of animals, fear of the dark and fear reactions to fighting, anger and raised voices.  Fear is the emotional response to real or perceived imminent threat. Whereas anxiety is the reaction we have to all anticipated future threats. Obviously the two states overlap, but they are also different. Fear causes the release of chemicals in our autonomic nervous system that activates our fight or flight response, thoughts of immediate danger and escape behaviour. Anxiety is more associated with being on edge, vigilance and muscle tension in preparation for future danger or as a warning to be more cautious or to avoid situations that are considered potentially threatening. Worry or fearful cognitions tend to underlie all of the anxiety disorders. 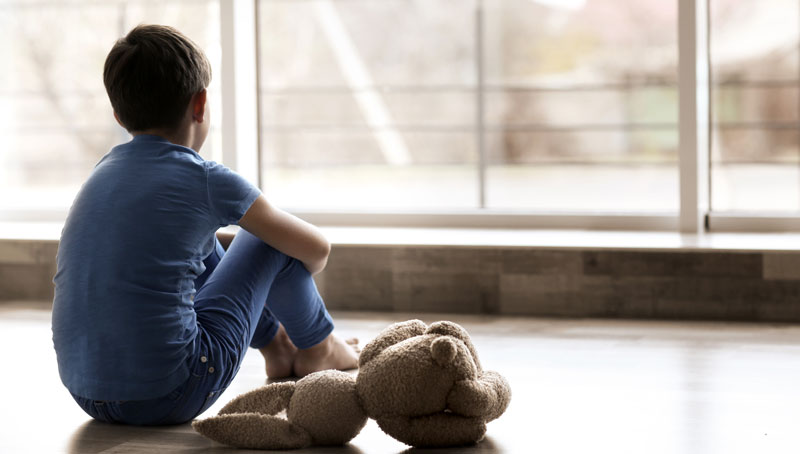 Clinical anxiety is different from normal fear or anxiety by being excessive or lasting longer than would be expected by normal child developmental stages. Clinical anxiety is also different from normal fears and worries because it is not transient and can last for several months. Because children suffering from anxiety and fear typically overestimate the danger of situations they avoid, the determination of whether the fear or avoidance is excessive or developmentally inappropriate is usually made by a parent, teacher or clinician.

What are the signs and symptoms of anxiety in children?

There are many signs and symptoms of anxiety in children. Basically, they fall into four areas.  Firstly, children may exhibit a marked fear or anxiety reaction to a specific object or situation such as an animal or going to the doctor or being separated from a parent. Secondly there is usually persistent and excessive worry about the object or situation. Thirdly, there is persistent reluctance or refusal by a child to participate in an activity or to avoid an object or activity. Fourthly, there are often repeated complaints of physical symptoms, headaches, stomach aches, nausea, vomiting, and behavioral issues such as bedwetting, sleep problems, nightmares and separation anxiety.

When should a parent be concerned about the level of their child’s anxiety?

Most anxiety and fear symptoms are transient and passing. They are also age related and may be family and circumstance related. The majority of parents will recognise when their child’s worries become excessive or their avoidance behaviour becomes persistent.  Parents particularly need to be watchful following significant periods of change in a family especially following any period of loss or separation of parents, grandparents or pets.

Is anxiety and worry more common in children these days and why?

Anxiety and depression are certainly much more prevalent in children today than they were in the past. Many of the possible reasons for this have been well researched by sociologists and psychologists and may relate to the changing role of   children   against an   evolving   sociological   backdrop   of changing   family relationships, parenting styles, aspirational expectations and some fears for the future regarding the environment and the ever present political debate regarding such issues seen on television regarding equality, drugs, immigration, terrorism and domestic violence.

What can parents do to protect their child?

Resilient children tend to come from families where they contribute according to their abilities and are not “overparented”. The power of positive parenting is an asset for parents. Trying to remove the negative reinforcement for negative behaviour helps. That is, letting children know they can get what they want by doing what you want empowers   them to contribute   and make choices.   Seeking professional help from an experienced child psychologist or child specialist trained in behaviour change is an asset for parents when they feel they are out of their depth. Two or three sessions will always make a world of difference in your parenting style.

It is very important for parents to be vigilant when it comes to watching the news or allowing children to be exposed to social media, films and adult conversations.  Developmentally young children even in the teenage years do not have the intellectual or emotional sophistication to see things with a balanced perspective. As most parents know children don’t like being told what to do or how to think or feel.  Parents need to judge when and how to expose them to adult themes as they mature and show an interest.  A trap for children from more protective families is being exposed to inappropriate themes and material when away from home on sleepovers. Thankfully, most children take little interest in inappropriate or adult themes until they are in their latte r teenage years. Most involved parents will know when they can open up a dialogue with their developing children to include more adult themes.

We have some top tips for supporting your child and reducing their worries about tests and exams.

How is your Relationship?

So what exactly is a workable relationship with enduring qualities? 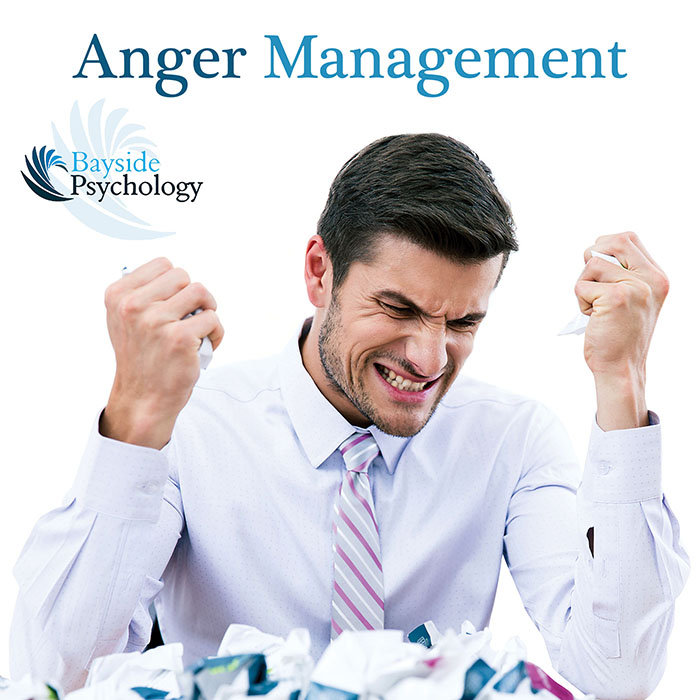 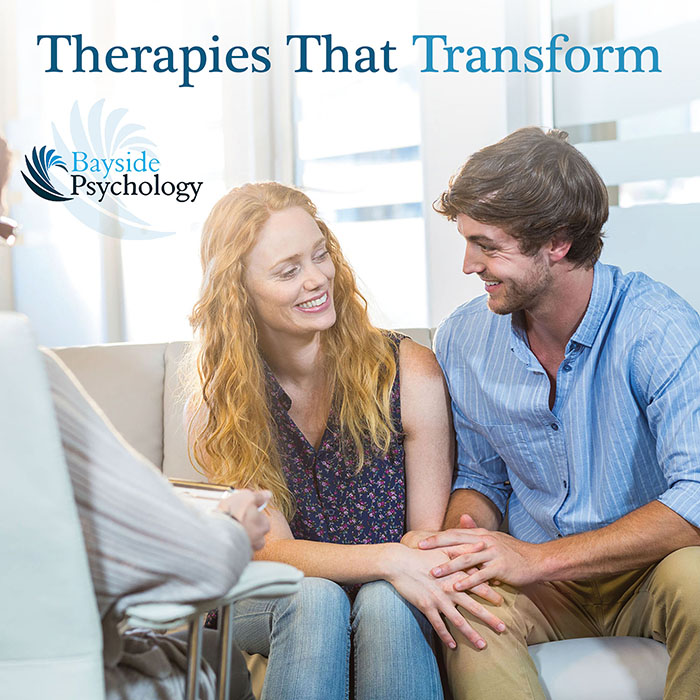 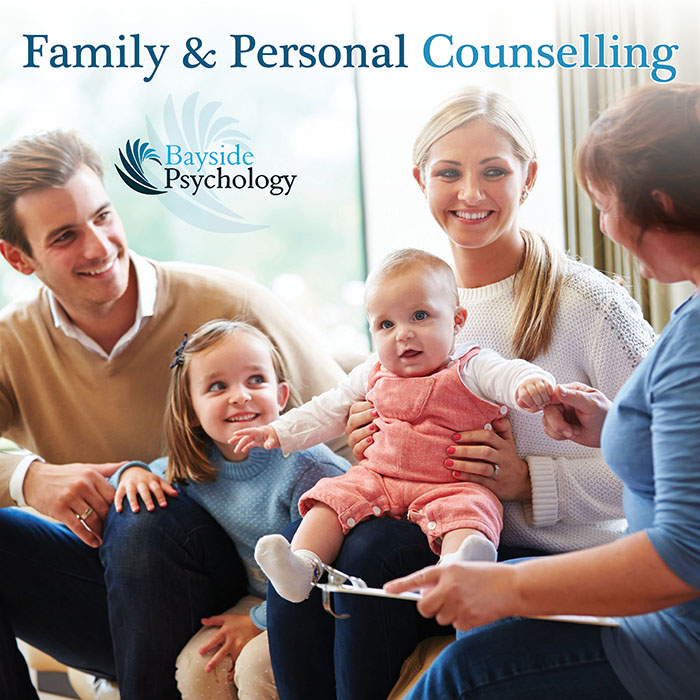 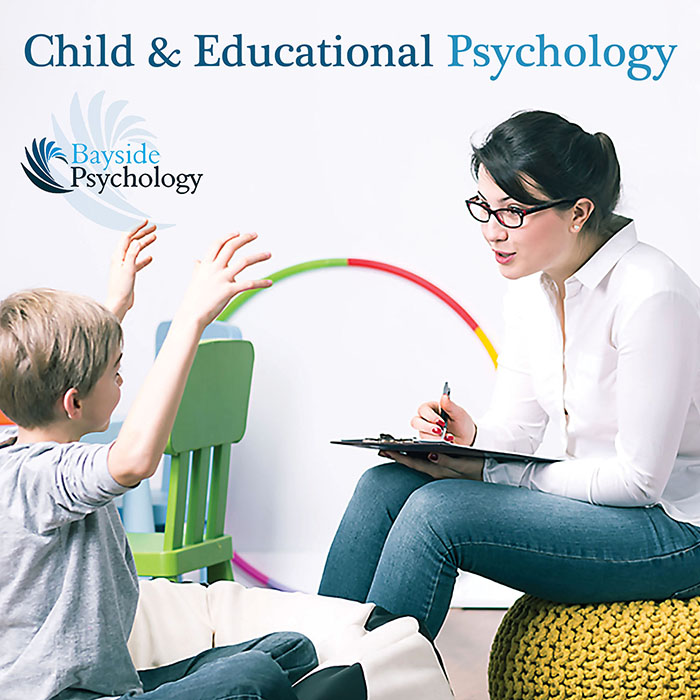 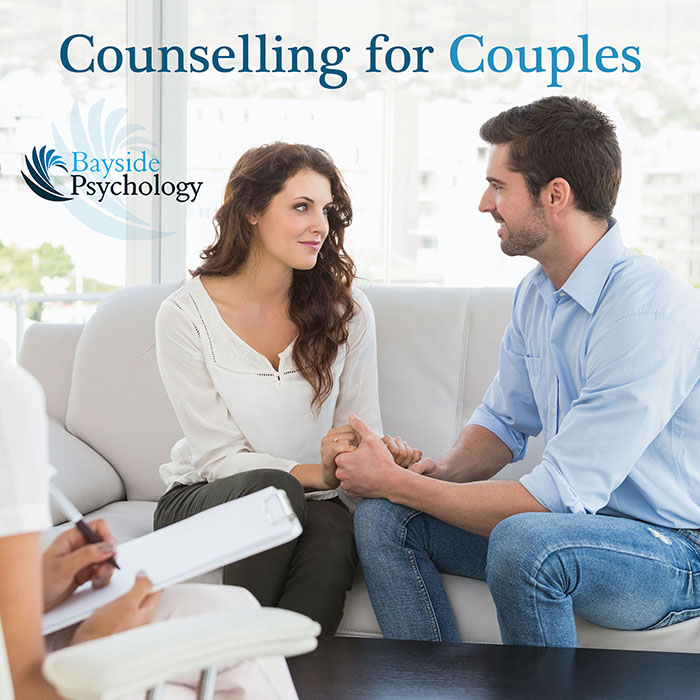 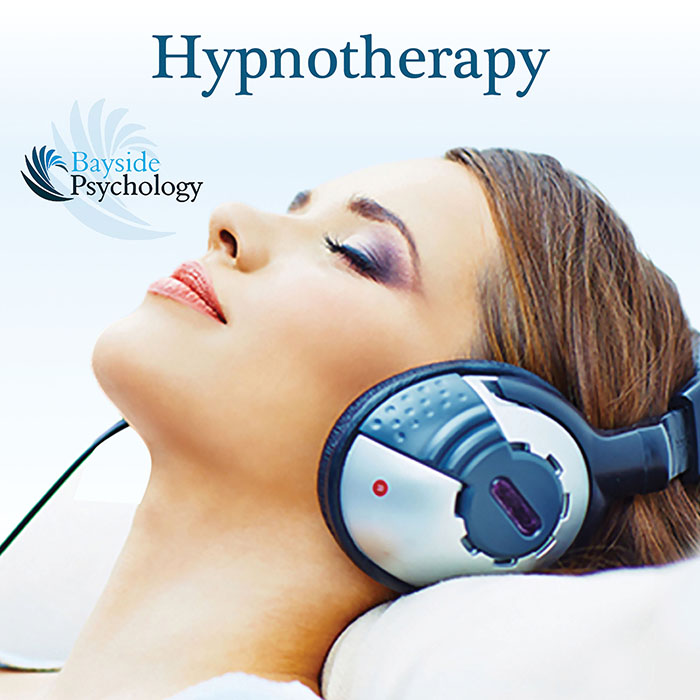 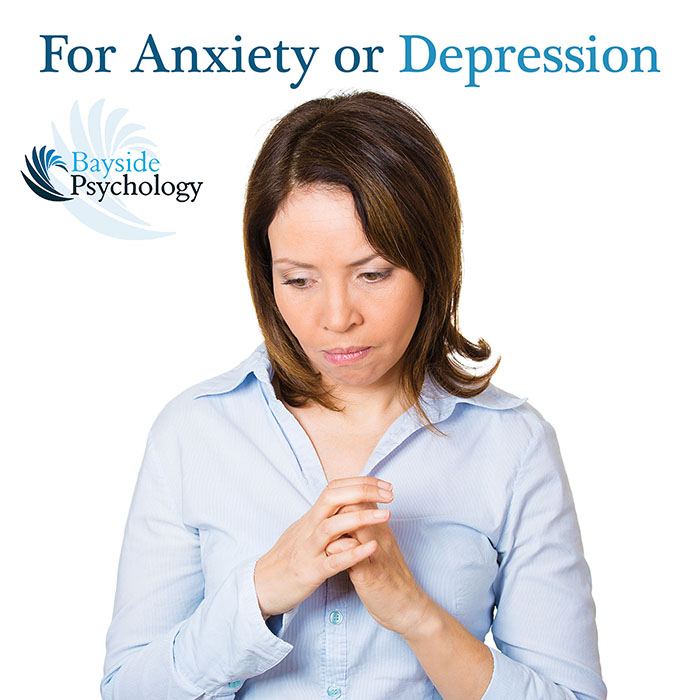 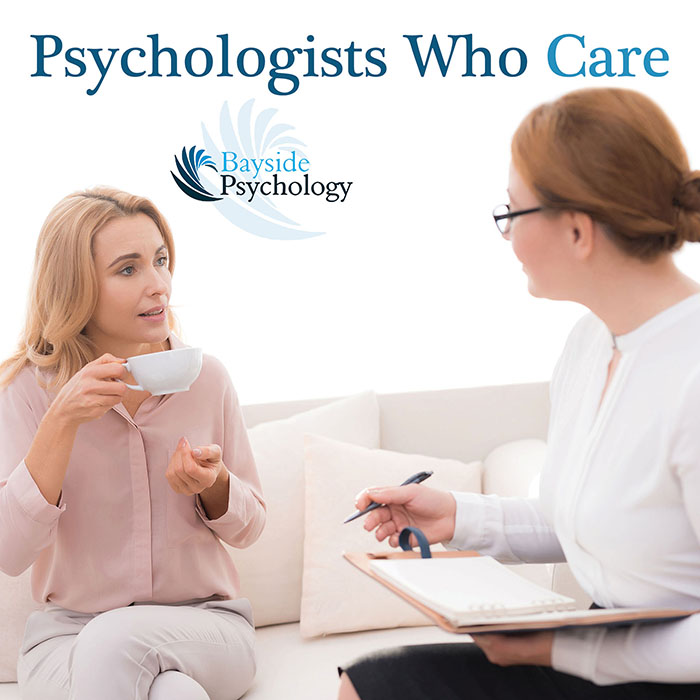 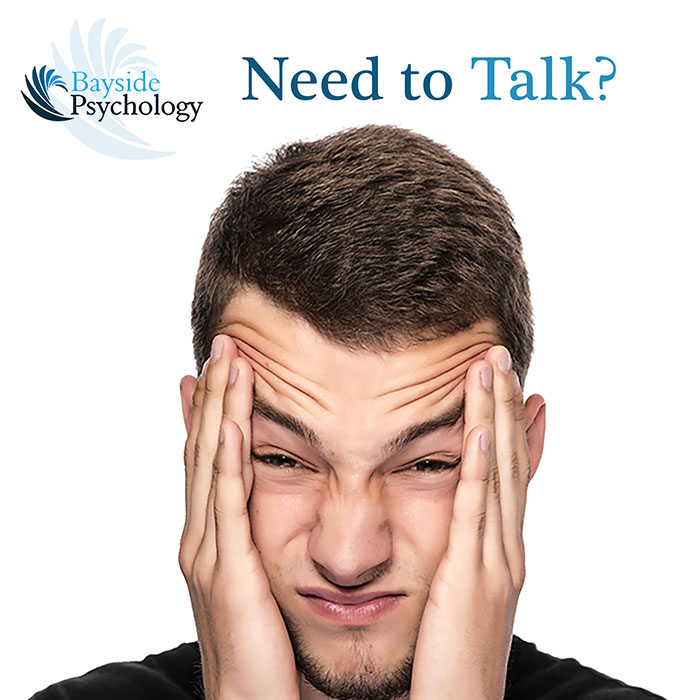 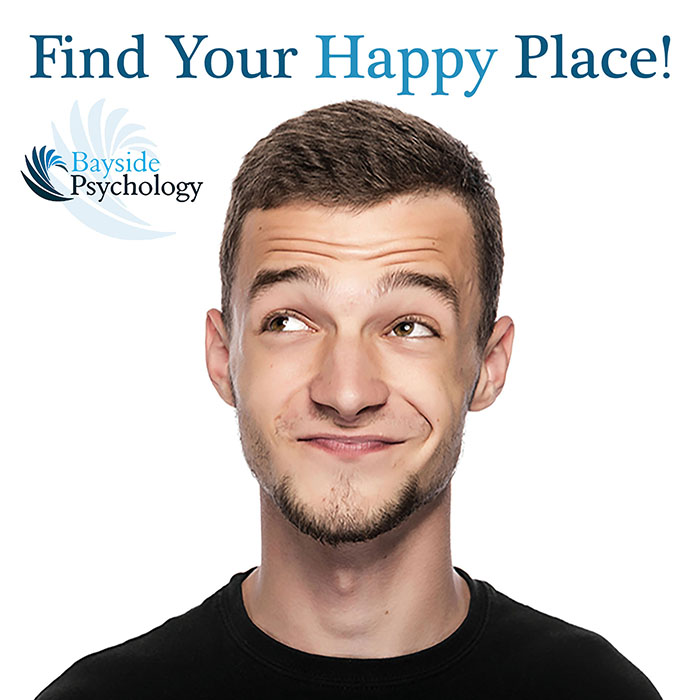 Our professional and skilled psychologists are available to help you find solutions to a broad range of life problems including depression, anxiety, relationship issues, workplace stress, parenting and educational problems, anger, addictions and many more.
We are open Monday to Friday from 9am - 6pm.